Join us for a reading with Derek Palacio. Derek will be reading from his new novel, The Mortifications, as part of our International Fiction Series.

O. Henry prize-winning writer Derek Palacio will be reading from his new novel, The Mortifications — one of the best books of 2016 according to the New York Times.

The Mortifications, Derek’s debut novel about a Cuban-American family’s fractured existence in exile, wowed the literary world with its fresh voice in 21st century Cuban-American literature. As The New York Times describes, “This restlessness of Palacio’s approach — roaming across physical and cultural borders, borrowing and revising as he sees fit — allows him to tread on territory most American writers are reluctant to touch.”

Cuba has been in the news lately, making his work even more timely. Please join us.

More about The Mortifications: 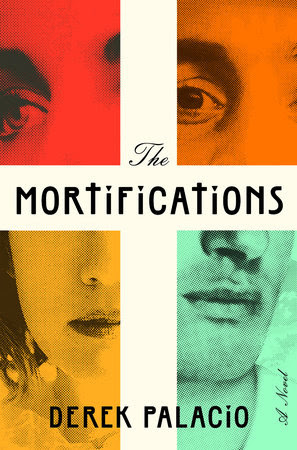 “Some books are storms. Others are weather. Derek Palacio‘s debut novel, The Mortifications, is very much the latter. It is hot sun and cool rain, morning fog and the hum of a fan in the window. It ranges and roams, this book. When it settles onto a moment, it does so with the weight of ten butterflies.”  – NPR

“Palacio writes vividly, conjuring smells and tastes of life both in the frozen north and the tropical Caribbean, from the sweat of a nun, for whom expensive soap might prompt ‘inclinations toward vanity’ to the flavor of tobacco and tomatoes.” —The Boston Globe

“A powerful family saga…. Gorgeous and challenging…. Palacio’s writing is deceptively simple and startlingly original, and his characters, raw, almost mythic in scope, hang on long after the last page. Searching, heartbreaking, and achingly beautiful, the novel is as intimate as it is sweeping.”
—Kirkus (starred review)

Derek Palacio received his MFA in Creative Writing from the Ohio State University. His short story “Sugarcane” appeared in The O. Henry Prize Stories 2013, and his novella, How to Shake the Other Man, was published by Nouvella Books. His debut novel, The Mortifications, was published by Tim Duggan Books, an imprint of the Crown Publishing Group. He lives and teaches in Ann Arbor, MI, is the co-director with Claire Vaye Watkins of the Mojave School, and serves as a faculty member of the Institute of American Indian Arts MFA program.