Bridge & Tunnel Books and City of Asylum are proud to present In the Shadow of the Mic Showcase! Featuring some of the best spoken word poets the Steel City has to offer in a live virtual reading peppered with archived footage of past Slam Poetry competitions at Alphabet City, bringing you a unique hybrid program!

In the Shadow of the Mic: Three Decades of Slam Poetry in Pittsburgh celebrates the history, culture, and community

of the Steel City Slam, from its founding in the early ’90s to present day. In this collection, editors Jesse Welch and PEN America Literary Award–winning writer Adriana E. Ramírez present twenty-nine poems from thirty spoken word artists, including Stacey Waite, Davon Clark, and Leslie Ezra Smith, who are representative of the life and breadth of three decades of competitive slam poetry in Pittsburgh. Each poem is a deep dive into the individual, the collective, the city, and the spirit of the slam. Interviews with founder Christina Springer, Slammaster D.J. Brewer, and the Shadow Lounge owner Justin Strong tell the origin of Pittsburgh’s slam poetry movement, the highs and lows in the slam’s storied past, and their unique roles in creating a space for budding and established spoken word artists. Every city has its own style, and Pittsburgh’s, simultaneously blue collar and deeply academic, is uniquely ours.

ADRIANA E. RAMIREZ is an award-winning nonfiction writer and poet. She founded Pittsburgh’s infamous Nasty Slam, co-founded the Pittsburgh Poetry Collective, and was the Slammaster for the Steel City Slam from 2006 to 2016. Her work has appeared in the Los Angeles Times, ESPN’s The Undefeated, Literary Hub, and Guernica. She won the PEN/Fusion Emerging Writers Prize in 2015 for her nonfiction novella Dead Boys (2016, Little A). Her first full-length work of nonfiction, The Violence, is forthcoming from Scribner.

JESSE WELCH is a poet, father, and untalented juggler. He is the co-founder and host of the Nasty Slam, Pittsburgh’s head-to-head deathmatch slam. He has competed at the National Poetry Slam for Chicago, Seattle, and Pittsburgh. He has been performing his poetry since he was twelve years old and appears in the award-winning documentary Louder Than A Bomb.

Bridge & Tunnel Books is an independent literary press in Pittsburgh, Pennsylvania. Our mission is to celebrate the creative energy of our region by connecting readers to new and experimental work from local writers, poets, and artists. We believe that storytelling has the power to break down barriers and fuel connectivity. Our books are vehicles for change and conduits for communication, and their themes—exploring place, giving voice to underrepresented communities, and promoting environmental conservation—convey our community’s values, diversity, and innovative spirit. 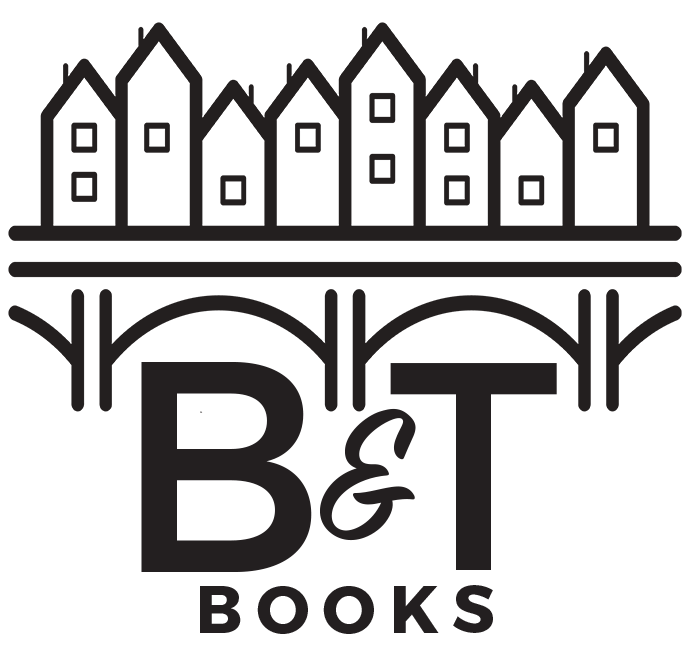