The Olga Watkins Band presented by City of Asylum

Join us for an evening of original music with The Olga Watkins Band! Support the band by clicking the free registration button!

The Olga Watkins Band has been performing together since 2003. Their original music combines influences of blues, funk, soul, jazz, reggae and rock into a truly unique sound. They have been voted the Best Blues/Jazz Band of the year in the Pittsburgh City Paper on multiple occasions. They perform throughout the Pittsburgh and surrounding areas at clubs, events, fundraisers and festivals.

Olga Watkins is a vocalist & songwriter. Watkins has been performing in public since before she was 2 years old. She studied classical piano, violin, voice and attended Chatham University on a music performance scholarship. She initially pursued a singing career in the world of opera and musical theater. After a 10 year hiatus from music and performing, she began booking jazz gigs and formed her own band and started writing songs. She lives in Pittsburgh’s East End with her husband and daughter (also a vocalist) and her two giant dogs.

Jay Weaver is a guitarist, composer, arranger, and vocalist who is originally from Cumberland, MD, earning a B.A. degree in music from Shepherd University, and a Master of Music degree in guitar from Duquesne University. Aside from his 25 year tenure as a private music instructor Weaver has continued to work throughout the U.S. with many local and national acts as a freelance guitarist and/or sound engineer. Currently, Weaver is working on a guitar instruction book entitled “The Eight Tools to Becoming a Great Guitar Player,” and also owns/operates SoundColor Productions, which is a music production and audio recording company. SoundColor Productions offers artist development consultation, state of the art multi-track recording studio, and live sound production.

Subha Das is a drummer, percussionist, and a professional music educator in Pittsburgh, PA . Das graduated with a Bachelor’s of Music in Percussion Performance from Duquesne University School of Music, and was awarded outstanding soloist at the Elmhurst College Jazz Festival in 1999. Das is now considered one of the most in-demand percussionists and private instructors in the Pittsburgh area. Das holds the title of principal assistant director of the the award-winning Mount Lebanon Percussion program.  Aside from teaching, Das maintains an active career in performing with a variety of bands and ensembles. Das is and will always remain a student of his instrument. www.subhadas.com

Kurt Lorence is a self-taught bassist, originally a classically trained trombonist and student of the late Matty Shiner (Duquesne University). He graduated from Carnegie Mellon University with a BS in Managerial Economics, although he spent much of his time in the music department performing with the jazz ensembles, jazz choir, and accompanying various student recitals. By day, Lorence is employed at the University of Pittsburgh doing marketing communications and graphic design for the IT department. 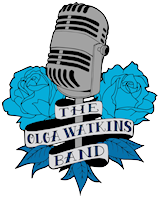